Washing laundry in the home has historically been considered a ‘woman’s job,’ a laborious chore carried out by housewives or housekeepers that often took an entire day to complete. The task was often carried out on a Monday, following Sunday, a day traditionally reserved for rest.

Prior to the connection of electricity to private households, laundry would often be washed outside in a large metal cylinder, colloquially known as a copper. The copper would be filled with buckets of water, and a fire would be lit underneath. The clothes would then be washed and scrubbed with either homemade or store-bought soap before being rinsed with clean water and drained. They would then be wrung out either by hand or using a mangle, an additional attachment that rolled the washed item, now sodden with water, between two heavy rollers to remove excess water. The items would then be hung out to dry or ironed with an iron heated on the stove. 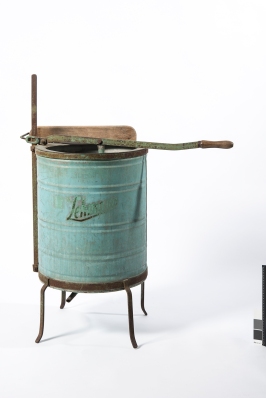 More than turning on the lights – Electricity connection in Australia

At this time, electricity was not widely connected to homes and the devices would have been far too expensive for the average Australian household to purchase, costing 50 shillings (around $380 in today’s currency ).  Despite electric washing machines becoming more widely available and affordable, many households still preferred handwashing their clothes up until the 1950s. 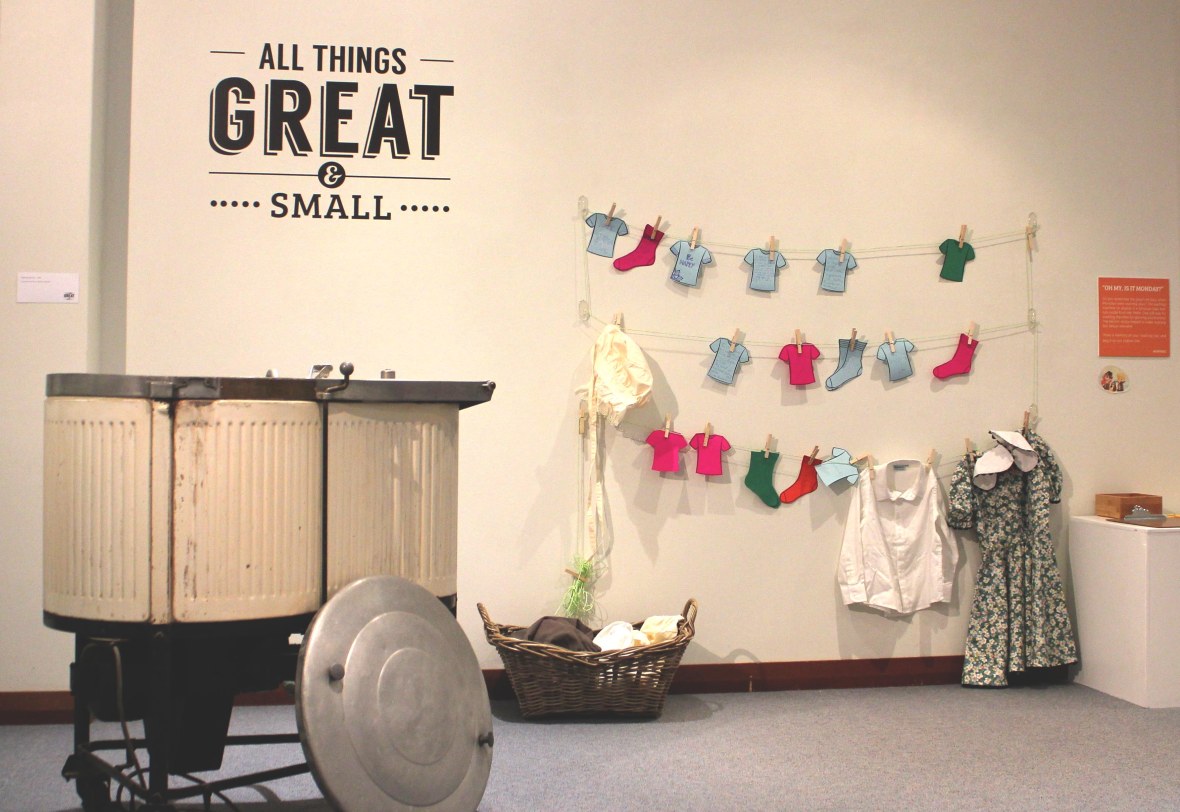 Hurstville Museum and Gallery has a Syracuse ‘Easy’ electric twin tub washing machine as part of its collection. The machine was revolutionary for its time when it was produced in the 1920s and 1930s and heralded a significant advance in washing-machine design and technology.

The Syracuse Easy had vacuum-cup technology to force soapy water through the clothes. The electric powered machine was comprised of two separate tubs, a larger one for agitating, washing, and rinsing clothes, and a second tub for spinning away the wastewater. The machine would heat the water, wash the clothes, rinse away the suds and then, after being transferred to the second tub, spin away excess wastewater, thus no longer requiring the manual operation of a ‘mangle’ or ‘wringer’. The machine was also designed with wheels attached to the legs, allowing the user to manoeuvre the machine towards taps, hoses, and sinks.

This design made washing much more efficient, and its very name ‘Easy’ itself implied a change from the older labour-intensive method of washing. 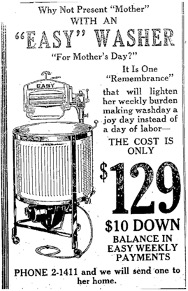 ‘Inside the collection: Innovative designs that changed work in the home – washing’, Museum of Applied Arts and Sciences, viewed 26 January 2020, https://maas.museum/inside-the-collection/2013/08/01/what-a-whiz-designs-that-changed-work-in-the-home/